Select the manufacturer on your hard drive’s label:

Seagate model numbers start with “ST” and are often found in the top right corner or left side of the label, near the “firmware version” and “part number.”

Still can’t find your Seagate model number? Try Seagate’s free online Model Number Locator (scroll to the photos at the bottom of the page; DO NOT install the software since your drive needs to remain powered off).

Maxtor model numbers are usually located in the top right corner, bottom left corner, or both. 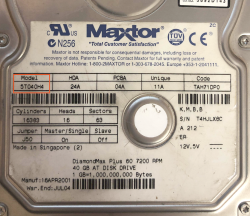 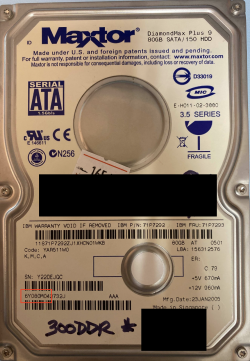 Model numbers always start with “WD” (don’t forget the characters after the “-“) and are typically found on the left side of the label.

Some Western Digital drives are actually Hitachi. If you see “HUS” in the model number, it’s Hitachi: 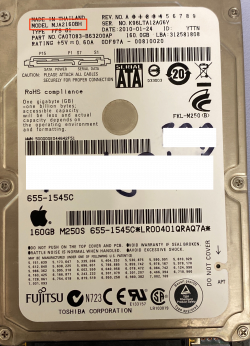 Model numbers usually start with “HTS” or “HD” or “HUS” (length is typically 8 or 15 characters). 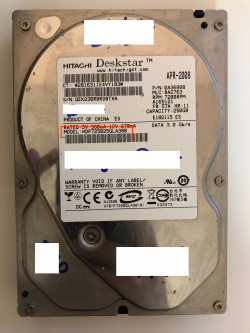 Some Samsung drives are really Seagate (if you see a model number starting with “ST,” the drive is Seagate):

We use cookies on our website to give you the most relevant experience by remembering your preferences and repeat visits. By clicking “Accept”, you consent to the use of ALL the cookies.
Do not sell my personal information.
Cookie settingsACCEPT
Manage consent

This website uses cookies to improve your experience while you navigate through the website. Out of these, the cookies that are categorized as necessary are stored on your browser as they are essential for the working of basic functionalities of the website. We also use third-party cookies that help us analyze and understand how you use this website. These cookies will be stored in your browser only with your consent. You also have the option to opt-out of these cookies. But opting out of some of these cookies may affect your browsing experience.
Necessary Always Enabled
Necessary cookies are absolutely essential for the website to function properly. These cookies ensure basic functionalities and security features of the website, anonymously.
Functional
Functional cookies help to perform certain functionalities like sharing the content of the website on social media platforms, collect feedbacks, and other third-party features.
Performance
Performance cookies are used to understand and analyze the key performance indexes of the website which helps in delivering a better user experience for the visitors.
Analytics
Analytical cookies are used to understand how visitors interact with the website. These cookies help provide information on metrics the number of visitors, bounce rate, traffic source, etc.
Advertisement
Advertisement cookies are used to provide visitors with relevant ads and marketing campaigns. These cookies track visitors across websites and collect information to provide customized ads.
Others
Other uncategorized cookies are those that are being analyzed and have not been classified into a category as yet.
SAVE & ACCEPT
Powered by